“My soul, where are you? Do you hear me? I speak, I call you—are you there? I have returned, I am here again. I have shaken the dust of all the lands from my feet, and I have come to you.”

The story contained in Carl Jung’s Red Book is the story of his inner journey from crisis and terror back to his own soul. It is not fiction, but the carefully transcribed chronicles of visions and dreams that he’d initially feared were the harbingers of psychosis. Rather than attempt to quiet these visions or avoid them, Jung began to understand their value and facilitate them. What resulted are the insights and discoveries that underlie his entire psychology, and a masterful work of mythopoesis illuminated through Jung’s own calligraphic writing and detailed paintings.

In this seminar, we’ll gather to explore these stories of Jung’s journey into the underworld within the galleries of the Portland Art Museum, surrounded by their remarkable collection of world art and artifacts. 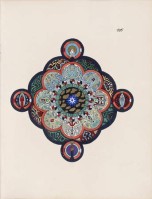 In Carl Jung’s memoir, Memories, Dreams, Reflections, he discusses the inner experiences that led him to create his magnum opus, what is now known as The Red Book, set to go on display at the Hammer Museum in LA this weekend.

After a series of very disturbing dreams, Jung wrote:

On August 1 [1913] the world war broke out. Now my task was clear: I had to try to understand what had happened and to what extent my own experience coincided with that of mankind in general. Therefore my first obligation was to probe the depths of my own psyche. (1961/1989, p. 176)

And probe he did. The result was a near psychosis, or perhaps a full-blown psychosis, that Jung learned to manage through yoga, familial and friendly support, and his own will and determination to continue the inner exploration. His pursuit was unprecedented.

I was frequently so wrought up that I had to do certain yoga exercises in order to hold my emotions in check. . . . I would do the exercises only until I had calmed myself enough to resume my work with the unconscious. . . .To the extent that I managed to translate the emotions into images–that is to say, to find the images which were concealed in the emotions–I was inwardly calmed and reassured. . . .I wrote down the fantasies as well as I could, and made an earnest effort to analyze the psychic conditions under which they had arisen. (1961/1989, p. 177)

The incredible compilation of his work, images and written fantasies, is The Red Book, a book which I have already had the great pleasure of seeing in-person in New York, and which I plan to visit again in LA in a few weeks. I strongly recommend you go see it as well, if you’re anywhere in the area. Jung himself understood his book not simply as an exploration into his own unconscious — and, therefore, the basis for his entire psychological theory that was to come — but as an exploration into a new way of seeing the world, and of being in it. In a time of war, Jung went inside to understand the world and the race of people causing chaos and suffering. The lessons he learned in himself should not be lost on us today.

Free videos and tips on how to survive your twenties